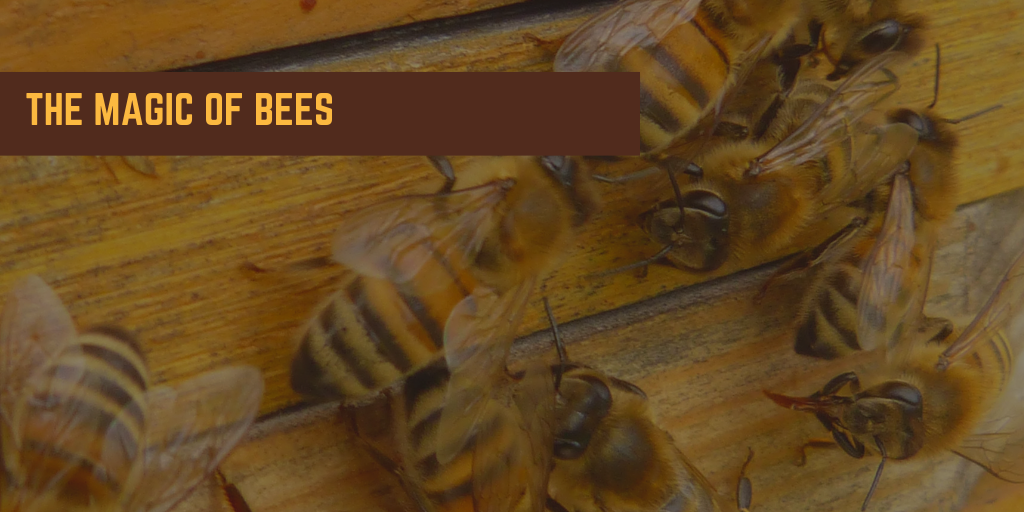 All of us have experienced the annoyance of having a bee (or bees) disrupt the pleasure of a summer picnic. We swat at them, cover our food, and sometimes even pack up to move to another location because we’re afraid of getting stung. But bees are really our friends and are far too busy managing their own lives to be focusing on making our lives miserable.

Bees today are facing a crisis, especially honey bees. Honey bees have been around a million years, but their numbers have declined to one half of what they were in the 1940s because of factors such as industrial farming, pesticides, global warming, and parasites.

Yet, bees play a vital role in maintaining our ecosystem’s sustainability. When they travel from flower to flower, they collect nectar to feed their colonies. They also spread pollen from flower to flower during their collection activities. Pollination provides flowers with the means to create seeds for reproduction. Bees pollinate all sorts of plants, providing humans with a critical food source. 90% of the entire world’s nutrition is dependent on pollinators! Yet, only 2% of the bee species accounts for 80% of crop pollination. Without bees, our entire ecosystem would collapse!

Accordingly, we have named our impact investment firm, ABELOO – Abelo meaning ‘bee’ in Esperanto – and have made a commitment to spread awareness of the incredible role that bees play in our lives.

Esperanto is the most widely spoken constructed international auxiliary language. Mr Zamenhof, an ophthalmologist, created Esperanto in the late 19th century. Esperanto translating as “one who hopes”. Zamenhof’s goal was to create an easy and flexible language that would serve as a universal second language to foster peace and international understanding.

Here are just 10 interesting facts about these amazing creatures!
1. Bees can be ‘taught’ by humans. Scientists at the Queen Mary Institute of London used a line of rope with a reward at the end and were able to train bees to pull on the rope to get the reward – and even more exciting, the bees then taught other bees to do the same!
2. Swarms of bees aren’t dangerous. Bees simply gather in a group to protect themselves when they travel, not to hurt humans.
3. A male bee can detect a queen bee from almost 200 feet away with their odour receptors. Honey bees have 170 odour receptors for multiple purposes.
4. The queen bee’s purpose is to fill the bee hive with eggs. During the summer, she lies up 2,500 eggs per day.
5. Bees can recognise faces in the same way that we recognise faces. They can ‘configure’ a nose, eyes, lips, and other features as clues to distinguish one face from another.
6. Honey bees are the only insect that produces food eaten by humans (honey).
7. Honey is the only food that includes everything needed to sustain life (enzymes, vitamins, minerals, and water) and it’s the only food containing ‘pinocembrin,’ an antioxidant that may help improve brain function.
8. The ‘buzz’ of a honey bee is due to its wings moving 200 beats per second. Bees can fly up to 15 miles per hour. A hive of bees will fly 90,000 miles to collect 1 kg of honey.
9. Honey bees have a compound eye on each side of its head. Each compound eye is made up of thousands of tiny lenses. They also have three simple eyes on the top of their head.
10. A bee hive colony consists of 20,000-60,000 honeybees and one queen.
And one more – (we couldn’t resist)
11. Honey bees communicate with one another by dancing.